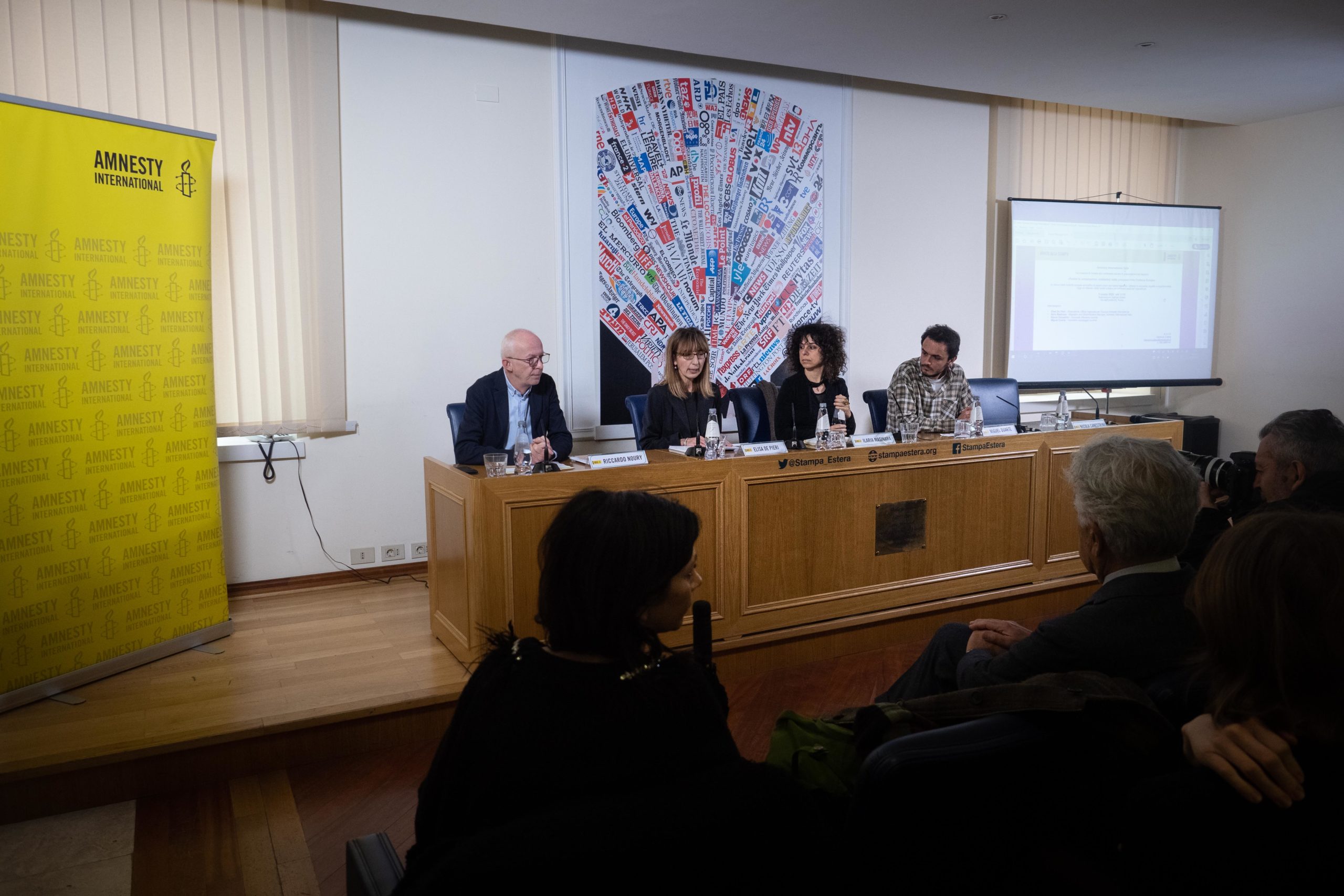 Amnesty’s report exposing many cases of criminalisation of solidarity in numerous European countries has been made public today, as several press conferences took place in several European cities. We took part to the Amnesty press conference in Rome, as our legal case is mentioned as significant for Italy within their report.
In recent years, solidarity to those that are fleeing has been subject to unfounded criminal proceedings, undue restrictions of the activities, intimidation, harassment, and smear campaigns in several European countries.

The failure of European states to fulfil the basic needs of refugees and migrants means it is often left to ordinary people to provide essential services and support. By punishing the people who step up to fill the gaps, European governments are putting people on the move at even greater risk.

The report documents cases of restriction and criminalization towards people on the move in eight countries: Croatia, France, Greece, Italy, Malta, Spain, Switzerland, and the United Kingdom.

Read the very valuable report about the European reality here:

The Iuventa crew stands for all the people who work on the water and on land for the survival of those seeking protection. Amnesty International therefore awards the Amnesty Human Rights Award 2020 on behalf of all of these human rights defenders.

We are close to all the other activists investigated and criminalized. Above all, we are close to all those who are fleeing, fighting for survival, crossing seas, mountains and physical or imaginary borders in search of freedom, which, we want to remember, are the first ones to be criminalized always and in any case. At this moment, while we share this, terrible news are coming from Greece, where a ruthless manhunt is underway against those who are stuck between life and death in an attempt to cross the border or receive help. All our solidarity and pain go to the victims of criminalisation, violence and killings by the police, by the coastguard and by the fascists, who are currently taking place in Lesbos and along the border between Turkey and Greece.

The fight for solidarity continues!