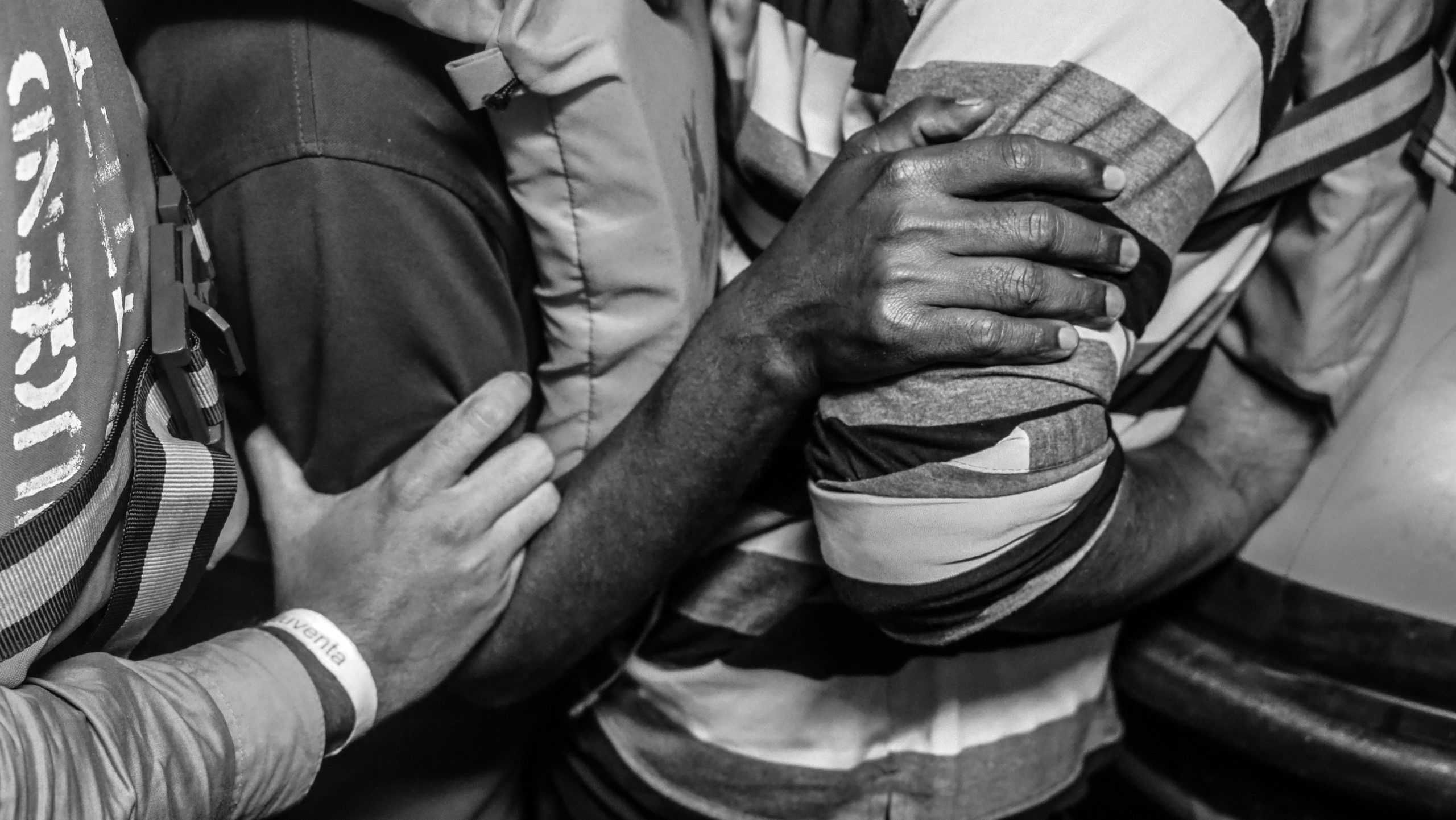 The Iuventa10 have been under investigations for years, they have been wiretapped, searched, spied by surveillance technologies and by undercover officers, their personal belongings have been seized.
Strange enough, since every rescue operation has been coordinated by the Italian authorities and the rescued persons were always handed over to these competent authorities. Furthermore, as it has been recognized even by Italian Judicial authorities, the crew acted purely out of a spirit of solidarity and without intention of making any profit.
So I have no doubt: in this case that it is solidarity that has been criminalized, as it happened throughout Europe so many times in the last decades.
But: solidarity is not only a right under international and Italian legislation, it is a duty. And no investigation or trial can prevent humans a lend a helping hand to save a drowning human.
We will demonstrate in Court that Iuventa’s rescue operations cannot be attributed to the „crime of aiding and abating illegal migration“, punished with up to 20 years jail time and 15.000 euros for each rescued migrant: it seems to me that the crime which should be prosecuted is letting women, children and men die in our waters, capturing at sea asylum seekers and return them to Libyan territory, where they face detention, inhumane conditions, including beatings, sexual violence, extortion, forced labour, …
That’s why Italian and European migration policy, not solidarity, will be on trial.